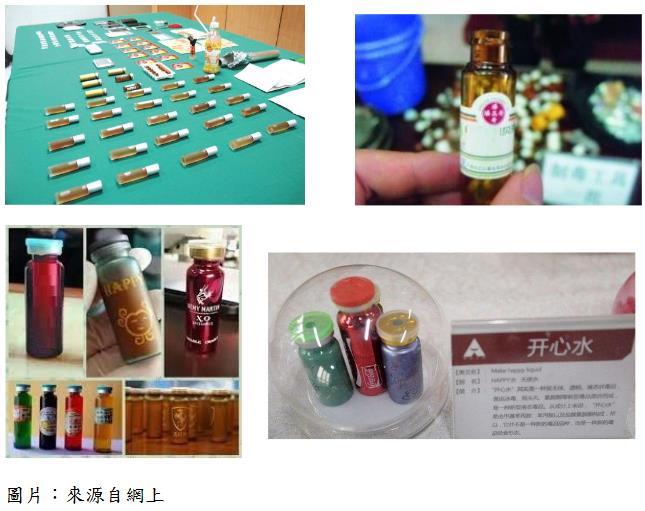 Happy water is a synthetic drug which has risen in popularity in recent years. It is usually colorless and odorless, which appears in a transparent and liquid state. It is often mixed with components such as methamphetamine, amphetamine and ketamine. It is very popular among abusers in night clubs, because it is easy to hide and disguise. Happy water can cause euphoria and hallucination after use. It looks like ordinary beverage in appearance, and is often stored in bottles of oral liquid and mineral water as disguise. Therefore, it is popular among young people in night clubs; but young people often ignore the following issues before abuse:

There are different packaging methods: it has been found that the drug is stored in colorless lotion bottles and medicine bottles, etc., which makes detection difficult.