Macao Drug Control Units Introduction
Due to the complex and broad scope of the issue at hand which evolved into drug combat, matters concerning the relevant legislation, judicial, detoxification and prevention on drug issues rely on the co-operation and co-ordination between different government departments. The Legislative Assembly, Executive Council and the Secretary for Administration and Justice collaborate with one another on passing legislation. The Secretary for Security and The Secretary for Social Affairs and Culture are in charge of Execution, prevention and treatment works. Prosecution falls to the Procurator and law courts.
In order to assist the Government with formulating and implementing policies, strategies and plans for the purpose of combating drug abuse and drug dependence; and to coordinate actions undertaken by public and private entities in Macao in a holistic, cross-sectoral and cross-disciplinary manners, the Narcotics Control Committee was established under the Chief Executive’s Dispatch of Macao SAR, No. 179/2008, which was published on Official Gazette of the Macao SAR, No. 24, Group 1, on 16th June, 2008. 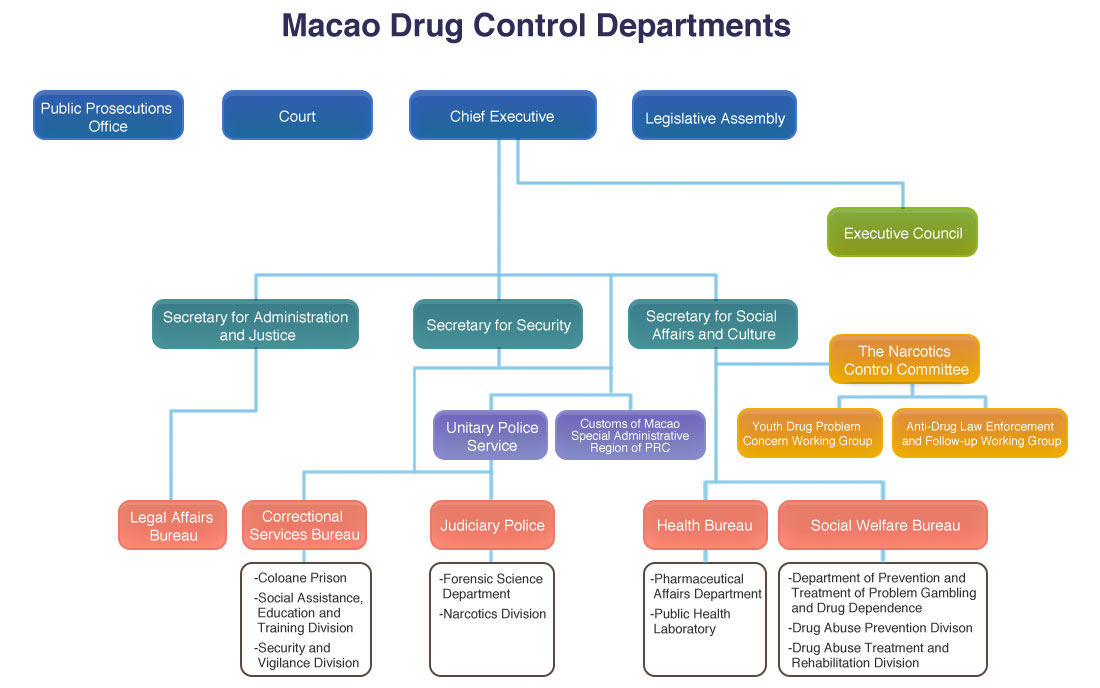